With the start of the holiday season only a couple of weeks away, the sense that the year is winding down is never far away. Decision makers will have already penciled in their plans for the new year, and it is fair to assume that both maintaining quality and retaining customer trust will be at the top of the business strategy list.

Before we can start celebrating the start of 2020, there should be a continued focus on quality. Product recalls continue to make headlines, federal agencies are still doing all they can to maintain public health and safety, and the consensus that quality matters remains as strong as ever. In addition, the opportunities for continuous improvement will likely increase in the next 12 months, so this an excellent time to start planning the next steps on the quality journey.

Taking that into account, let’s take a quick look back at some of the quality-related stories that you may have missed from the daily news cycle in October.

As more companies look to not only accelerate the production process but also speed their products to the consumer market quicker, there is a defined need for these products to be free from any labeling errors.

Product mislabeling has seen an increase in the number of recalls, and this quality pain point is one that generates numerous news stories. Whether the product recall is related to undeclared allergens or an inaccurate listing of ingredients, the simple truth is that mislabeling is a major contributor to the cost of poor quality. In addition, the globalization of the supply chain offers more opportunities for erroneous labels, so it is slightly worrying that so many companies get caught in this net.

A recent survey by digital identification platform Digimarc said that 80 percent of respondents reported a production line problem that could be traced back to mislabeled products. The survey, which was conducted on behalf of Packaging World magazine, was focused on identifying the holes in the system, with the news source noting that 67 percent of manufacturers are reportedly using manual methods of inspection. Automated quality management systems that can identify a label defect are still at an early stage of adoption on the shop floor, but there is a consensus that this needs to change.

“Manufacturing quality requirements are becoming more challenging as speed of production and complexity of product lines increase,” said Digimarc’s CEO Bruce Davis, in a press release. “No reads and misreads of label matches on packaging can be very costly. The list of benefits of package enhancement for consumer brands continues to grow, providing further impetus for adoption.”

In what can only be described as unsurprising news, a joint US/UK research study has discovered that the response time for a food recall is dependent on the distance between the supplier and the manufacturer.

Food Safety News reported that the research team uncovered evidence that the “time to recall” is a challenge for a significant number of food and beverage producers, with the need to get contaminated food off supermarket shelves a critical and time-sensitive element. According to the authors of the study, the speed of a response is likely to either mitigate circumstances or limit the potential cost to brand reputation and consumer cost.

The problem is often compounded by where suppliers and distribution centers are located. Companies that have an extensive supply chain ecosystem can struggle to recall products, the survey said, citing the problems associated with the nationwide peanut contamination in 2009 as evidence that distance matters.

When suppliers and manufacturers are a long distance apart, firms will increase the amount of inventory on site, a decision that is linked to the potential for transport delays. This “insurance” makes it harder for quality teams to find the contaminated or tainted products as there are more items to inspect, and poor quality products are often dispersed throughout a logistics network.

The authors of the research report had several recommendations, but the underlying belief was that supply chain resilience and recall response time would be improved through better tracking, traceability and extensive quality audits … all of which can be solved by integrating automated software and a culture of quality.

Beef is a good source of … infection

The current wave of plant-based alternatives to beef is making headlines in both the food and quick-service restaurant industries, but there may be a good reason for limiting the amount of bovine products in our diets.

According to a report published by the United Nations and the World Health Organization (WHO), beef is one of the best places to find Shiga toxin-producing E. coli infections (STEC). And although fresh produce is no slouch when it comes to bringing foodborne illness to the general public, beef supply chains are deemed to be a hotbed of STEC outbreaks.

The Food and Agriculture Organization of the United Nations and WHO analyzed a total of 957 STEC-related outbreaks from 1998 to 2017, and concluded that 16 percent of all outbreaks could be traced to beef. These outbreaks were mainly confined to Europe and the Americas, but there were concerns that STEC can induce kidney failure, long term health problems and, in extreme cases, be fatal.

“Possible explanations for regional variability include differences in the proportion of specific foods in the diet and how they are prepared for consumption, the level of STEC contamination of foods and live animals from which foods are derived, the virulence characteristics of regionally predominant STEC strains, or differences in how outbreaks are detected, investigated and reported,” the authors of report said, according to Food Safety News.

Beef’s popularity is unlikely to be massively affected by this study, but a high chance of illness is certainly not what the average person needs to think about when biting into a hamburger or tucking into a cottage pie. The report concluded that the most effective way to limit the potential for STEC outbreaks would be in the supply chain itself, with producers encouraged to increase investment in both inspection and testing and quality control.

Sushi is good for … parasites

The anti-beef brigade might be smiling at the WHO report, but it appears that raw fish is just as likely to give the consumer an unpleasant product experience.

FSN reported that a quality audit in Ireland found that nine out of 10 sushi restaurants did not have the proper food safety procedures in place to safeguard human health. The audit of 11 premises by the Food Safety Authority of Ireland (FSAI) discovered a cumulative total of 76 food safety breaches, with general hygiene, parasite control, traceability and microbiological criteria all flagged up.

Only one out of the 11 restaurants inspected as part of the quality audit by the FSAI had no food safety and hygiene compliance issues. The other 10 had between four and 10 breaches each. A full 75 percent of the facilities did not meet FSAI requirements for freezing fish, and the inspectors said that food safety controls were largely being ignored. 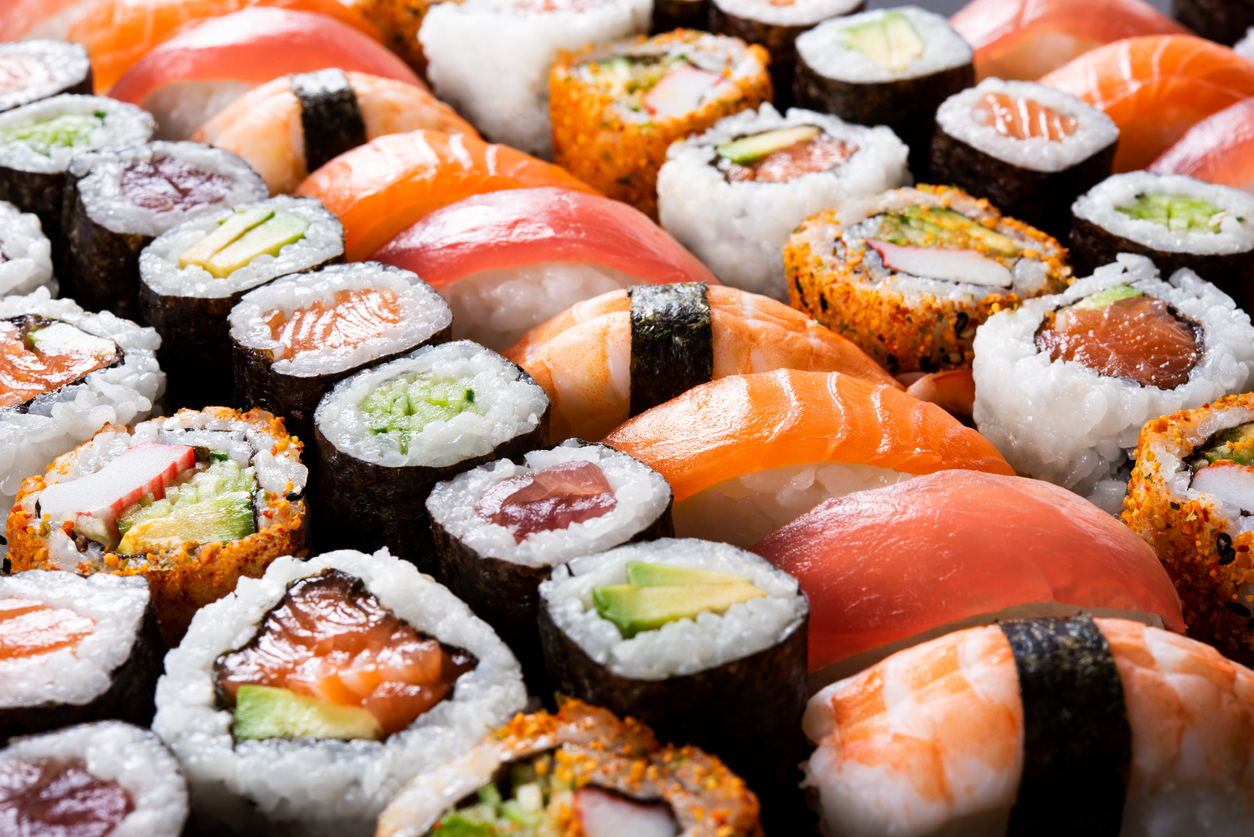 Granted, this is a small sample size, but the huge demand for sushi all over the world (driven by a perception that raw fish is a healthy option) has increased the chances that poor quality products are being offered for human consumption. Food safety controls are a critical part of the preparation process, the FSAI said, and there are reportedly no cooking methods to kill off harmful parasites in salt or freshwater fish.

“We also found poor traceability records, which are critical in the event of a food recall, if required,” said Dr. Pamela Byrne, FSAI’s CEO. “The poor standards overall are worrying and suggests a lack of awareness by the sector as a whole of the serious food safety risks that sushi can pose if there are inadequate food safety controls in place.”

Sticking with the global quality theme of October’s round-up, there has been an increased number of food incidents and product recalls in Australia and New Zealand.

The annual report from the Food Standards Australia New Zealand (FSANZ) food safety team said that there were 106 incidents in the period running from July 2018 to July 2019, which is the highest number on record. To put this into context, FSANZ reported 81 recalls in the same period from 2017 to 2018, and 61 in 2016 to 2017.

A full 37 percent of the 106 identified incidents were attributed to undeclared allergens and 34 percent were related to microbial contamination. Around 14 percent of the recalls contained foreign or extraneous matter, which included the Australian strawberry tampering incident in September 2018.

For anyone who is unfamiliar with this event, the best way to describe it is that some people decided that strawberries tasted better with sewing needles and what began as an isolated incident in Queensland soon swept the country.

The tampering was deliberate and FSANZ said that the original event likely inspired copycats. The agency issued a report into the situation in February, but the annual report contained follow-up recommendations that highlighted supply chain vulnerability, traceability, response time and quality management protocols.

The strawberry tampering was described by the report as a “best case scenario” and the event was seen as a test run for how to deal with, say, less obvious forms of malicious action such as chemical or biological additions to packaged food. In fact, companies that don’t heed the warnings from the strawberry event are putting their customers at risk, and this cost of doing nothing is even more risky when you consider the global food supply market.

Knives are a stabbing hazard

Finally, let’s take a few seconds to acknowledge that knives can be a danger to public health.

CNN reported that a manufacturer was forced to recall around 1.1 million units of a popular folding pocket-knife after it became clear that the blade could inadvertently stab someone. According to the news source, the locking mechanisms that keep the blade from extending were faulty and had caused several laceration injuries. As a result, the company made the proactive decision to recall the product and issue a refund to customers.

And it appears that holstered guns can also be dangerous. Again, this is not breaking news, but you would assume that a weapon in a case is likely to be relatively safe. Sadly, this was not the case for anybody who bought the Blackhawk T-Series L2C holster, which reportedly fails to actually do the one thing that the product is supposed to do … hold the gun safely and securely.

According to BGR, the company that makes the $65 holster has recalled over 3,000 units as the product is liable to toggle the safety switch off when used with certain models of gun. The holsters are carried by a number of national retailers and the recall was initiated after internal quality testing flagged up the possibility that an end user could effectively shoot themselves or discharge the weapon by accident. Blackhawk said that it issued the voluntary recall out of “an abundance of caution” and is offering a full refund.

At the time of writing, the ETQ Blog can report that no injuries have been reported from accidental weapon discharge, although at least six people have managed to stab themselves with the pocketknife.

ETQ‘s mantra that quality creates limitless possibilities is one of the many reasons that companies trust us to deliver effective software solutions. Our quality management software features built-in best practices and best-in-class flexibility, both of which allow brands to optimize the critical business processes that drive excellence through quality.

To find out more about how ETQ can move your organization further along its quality journey, contact us today. Alternatively, reach out to our quality professionals and ask for a demo of our Reliance 2019 SaaS solution.

In late 2019, the FDA announced that it would soon be moving from education to enforcement where its Food Safety Modernization Act (FSMA) was concerned. Then 2020 happened.

As companies pursue digital transformation efforts, an automated QMS can often be their secret weapon.

Your browser is not supported. Please update it.